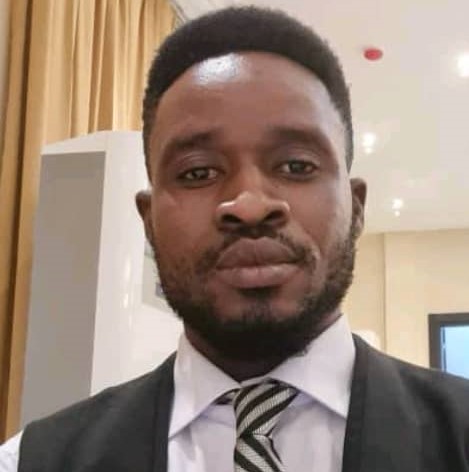 Atanga Mathew is the Director of Finance of the Federation of African Law Students. Before his current position, he had previously served as a committee member of the Interim Electoral Commission that conducted the elections to elect the current executive members of the Federation at it’s first Annual conference held in Accra, Ghana.
He is a product of Navasco, a great school in the Upper East Region of Ghana between 2008-2012. He then proceeded to the University of Cape Coast, where he obtained his first Bachelor’s degree in Economics between 2013-2017. He is currently a level 300 law student of Kwame Nkrumah University of Science and Technology (KNUST).
HE had previously served many positions including; executive committee member of Pax Romana(UCC), Fund Raising Committee member and later the Financial Secretary of Bonabota (UCC).
He is a debator and has engaged in several debates in the faculty of law,KNUST. He is currently the Chairman of the Sponsorship Committee, Law Students Union, KNUST, for the 2021/2022 academic year.
He is also an Economics tutor and a Special Assistant to Alhaji Mohammed Adam Nafiq A., Financial Director within the Greater Kumasi metropolitan area.
He is a member of Black@Law, a campus law firm offering training and mentorship to several law students in the faculty. He has also had several internship experience with Ibrahim Adams & Associates(Benkadi law firm), a reputable law firm in Kumasi offering Internship opportunities to law students.
He has interest in writing and has authored many articles including;
A. Supreme Court Rulling Excluding The Use of Old Voters ID Card and Birth Certificate for Purpose of Registration Under C.I 126, in The Case of NDC v Electoral Commission & Attorney General: A Bad Precedent?
B. Environmental Rights and The Law: The Role of The Individual in Preserving a Clean And Safe Environment.
C. Assessing The Legality of a Presidential Directive To The Auditor General To Proceed on His Mandatory Accumulative Leave .
Atanga Mathew is interested in International Human Rights Law and Litigation.